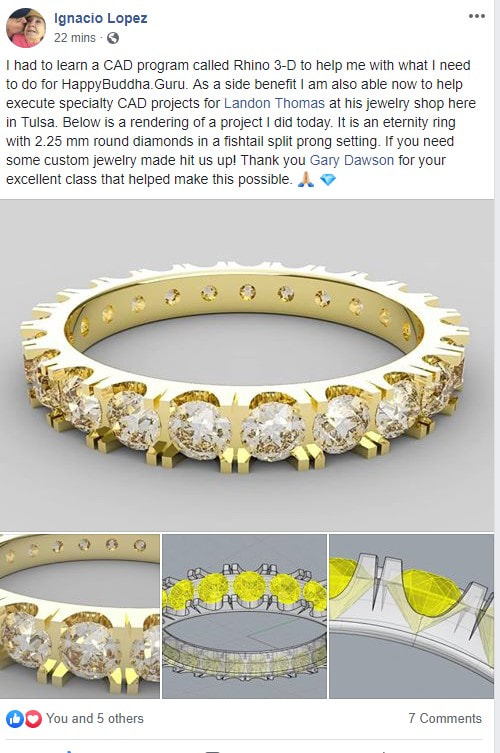 Are you asking yourself...

"Why should I spend money on training when there are so many free learning resources available?"

I had that same question when I first embarked on my own Rhino learning curve.  Rhino was intuitive to me and I was able to master basic skills and began utilizing it in my design business almost immediately.

So for about 7 years I happily learned Rhino in bits and pieces, as needed, until I thought I was proficient.  And I was. Proficient enough, in fact, that Jason Chandler, owner of the Portland Jewelry Academy asked me if I would consider teaching Rhino to his students.  I felt qualified.
​
I had, after all, taught, been published as an author, presented, and mentored throughout my career.  But I had a feeling that if I were going to present myself as a Rhino Trainer, I should probably get recognition from McNeel as qualified to do so.

I discovered that in order to be accredited by McNeel as a trainer I would need, among other things,  to take their Level I and Level II training.  I balked, thinking that I was already a mature user of Rhino.  But that was the only available path to my goal so I began taking the McNeel courses.

​In McNeel’s Level I training, I learned that I had only scratched the surface of the capabilities of this powerful application. I also discovered that some of the “free”  learning I had done had actually taught me bad habits that I had to work to overcome.

Since taking training, not only do my designs seem more "mature" but my workflow is more efficient in ways that I didn't even know were possible... ​
In Level II I learned advanced features  And again, both my designs and workflow improved.

If you take my classes and put in the time I recommend between classes, you will gain months, if not years of "self-learning" in the 7-week class.

I believe that my courses may be the only Rhino courses available that are taught by someone with nearly 45 years of successful jewelry design and manufacturing experience.

I teach with "Manufacturing in Mind" using the McNeel training guides, add an emphasis on modeling jewelry, and take into consideration typical jewelry manufacturing processes. ​

". I'm definitely getting a lot out of this class. I appreciate all the hard work you're putting into teaching us. Its definitely paying off."  ~Jon Grahl 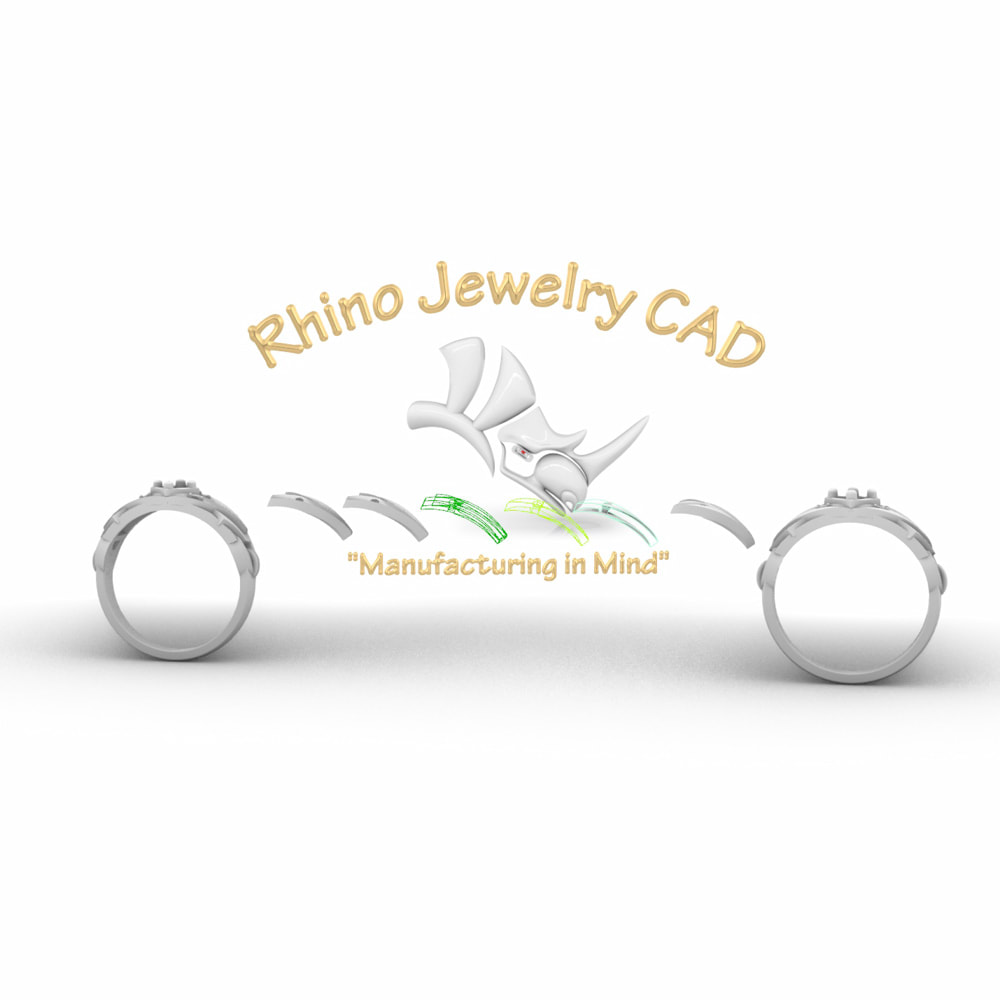